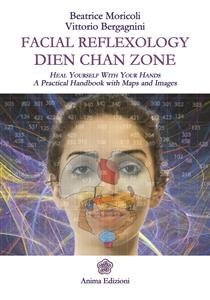 "The key to health is on your face and in your hands". This book presents a self-care method unique in its genre, which offers extraordinary, sometimes amazing and often immediate results for all... continua

"The key to health is on your face and in your hands".

This book presents a self-care method unique in its genre, which offers extraordinary, sometimes amazing and often immediate results for all kinds of disharmony in the body.

The method began life in 1980s Vietnam - like many important discoveries, a result of war and necessity - independent of resource availability. It was developed by a group of acupuncturists to put healing in the hands of the masses by replacing needles with equally effective blunt rounded tools. It is the most recent reflexology on the planet and has nothing to do with other oriental techniques related to the face.

Today 'Dien Chan' is a popular and accepted method of healthcare in its home country and part of their official system. However, it is the work of two self declared Italian 'free-sprits', over the past twenty years, which has suitably translated the technique and advanced it to meet the needs of modern Westerners. No longer a painful stimulation of pre-defined points; it has evolved to a relaxing massage of zones and individual, personalised points. 'Dien Chan Zone' incorporates simplified principles and teachings of Traditional Chinese Medicine, protocols for allergies and intolerances, a unique Facial-Cranial reflexology and a beauty treatment to tone muscle and regulate skin function.

It is the authors' overriding intention to facilitate learning and to make this method accessible to everyone. In this book they share full instructions for self-treatment which they know present a great frontier of freedom, and the medicine of the future.

Beatrice Moricoli, founder of S.I.R.F.A./A.I.R.F.I. in Milan, is the first female teacher of Dien Chan (Zone) in Italy, but for many years has practiced also as a therapist and teacher of Reiki, Shiatsu, Tui Na, Chinese Medicine and 'The Blowing Technique'.
Vittorio Bergagnini, founder of S.I.R.F.A./A.I.R.F.I. in Milan, is a teacher of Dien Chan Zone as well as Tai Chi Chuan, Reiki, Foot Reflexoogy and Wung Chun.