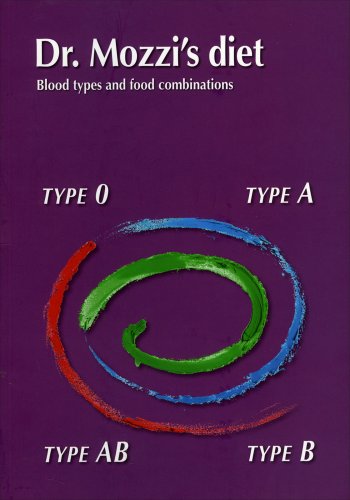 This book is meant to draw attention to nutrition and its repercussions on the human body. Its content is intended to enable anyone, even those with no medical knowledge, to keep their state of... continua

This book is meant to draw attention to nutrition and its repercussions on the human body. Its content is intended to enable anyone, even those with no medical knowledge, to keep their state of health in check. It is a practical manual that affords us the possibility of understanding what goes on within our bodies. These notes were compiled after thirty years of medical practice and twenty years of observation and study of the human body and its reactions to the ingestion of some specific foods. A distinguishing feature of the method is its simplicity, which renders it accessible to all. It allows one to learn how to "listen" to their own body's signals, to identify the effect that food may have on different persons and to determine the most suitable lifestyle for each person.

Starting from the beginning of the 20th century, revolutionary discoveries were made in the fields of genetics and medicine: blood groups were discovered in 1901, DNA (deoxyribonucleic acid) in 1953 by James Watson and Francis Crick, and the complete map of the human genetic heritage in 2000. All of this enabled medicine to take great strides, and brought about the awareness that every human being has a unique blueprint. Blood groups are determined by a precise genetic template, a defining characteristic that sets every individual apart from the rest and allows us to understand the constitution and behaviour of our immune system. The four blood groups O, A, B and AB can be used as a reliable guide in choosing a suitable diet for each of us, one that may help us attain an improved physical condition and a reduced risk of disease. In addition, it can also help us resolve the medical conditions that may arise.

The book attempts to provide everyone with a tool to regain control of the day-to-day management of their health and to take care of their physical condition with full awareness, leaving doctors to deal with trauma, emergencies and serious diseases.

Food intolerance is a field where currently there are no certainties. Absolute truth is to be found only within ourselves, and we can get closer to it by bringing together a number of small truths.

The biological mechanisms of a living organism are multiple and varied; hence, a disturbance of the biological equilibrium is enough for new signals and disorders to emerge.

What is proposed here should be regarded as merely the beginning, as opposed to the conclusion of research into food intolerance, the starting point of a path where others will tread. The discovery of all the mechanisms and processes that underlie intolerance is a task we leave to researchers and biologists.

Health professionals and scholars of this area of research are politely asked to forgive the simple language I have deliberately used so that anyone can understand how to take care of their own health.

In writing this book I have also fulfilled my commitment towards those - whether my patients or not - who had been following me for years and had been asking me for some time to write something down so that they could have a practical tool for taking better care of their health.